Day 1 of a New Season

Live Real Life is about the pursuit of firsts.  Expanding ourselves happens with a series of first steps.

Dave and his brother have had a long standing tradition of skiing the day after Thanksgiving.  I’m not sure conditions will cooperate year after year with a before Thanksgiving skiing tradition, but on this day, we made the most of the two or so trails Okemo had to offer.

When in my twenties, Volkswagen Beetle sized moguls run after run were what me and my skiing pack looked forward to every weekend.  Now, a few decades away from, a back surgery, and beat up knees later…my favorite skiing comes by way of steep powder terrain and fast groomers with Velcro-like edge grip.

On this day at Okemo there were two top to bottom runs available and zero lift lines.  It didn’t really matter that there was no snow in the woods or that there were only two run (with some offshoots) available.  We were skiing on November 20th!!!  That was gift enough.

I didn’t hit my goal of twenty days in the ‘17/‘18 season despite the earlier than ever start.  But sharing Day 1with Jay and Dave will be a lasting memory.

I’ve already purchased my Epic Pass for the ‘18/‘19 season…so despite summer just kicking off as I write this, with lots of fishing and mountain biking to come…I’m looking forward to snow 🙂

Cyber-week Sale 10% Off All Items with code: CYBER2020 Dismiss

You have Successfully Subscribed!

We really appreciate your interest in Live Real Life...but you've been here for 15 minutes already. It's time to get up, get out, and take a step...even if it's a lap around the office. We'll be here with more inspiration when you come back.

You have Successfully Subscribed! 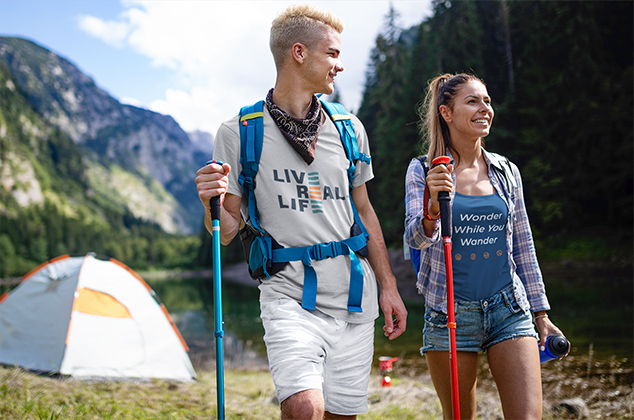 The LIVE REAL LIFE cybersale is our biggest event ever. All items are 10% off through Sunday, December 6th 2020. No registration required.

If you'd like to hear about new stories published and new products developed, sign up for our newsletter below.